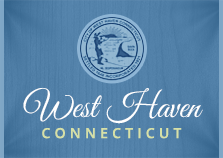 History of the Savin Rock Festival

The Savin Rock Festival was established by the West Haven Chamber of Commerce to bring organizations, clubs, businesses and families together for a summer festival that celebrates life in one of America’s oldest coastal communities and honors the legacy of Savin Rock Park.

The initial festivals were held on the grounds of West Haven High School, including Ken Strong Stadium. When the stadium and surrounding areas underwent renovations in the late 1980s to become the Fitzgerald Sports Complex, the administration of then-Mayor Azelio M. “Sal” Guerra moved the city’s flagship festival to its current home of Old Grove Park, a bustling greenway nestled between Palace Street and the vibrant beach walk, which dates to 1870.

The Chamber of Commerce — originally under the direction of Brian M. Stone, David Gesler and Michael Shiner and thereafter by John L. Perrone and his wife, Mary Perrone — shepherded the festival through its infancy and through times that threatened to see it discontinued. Thanks to the work of the chamber and its committee, the event continued and flourished — so much so that it was taken over by a larger group and under the aegis of the city in the early 1990s.

The festival is a beacon for people seeking a taste of Savin Rock nostalgia, offering a midway of games, rides, entertainment and food stands serving up the fare — fried seafood, split hot dogs, frozen custard — that catapulted “the Rock” to notoriety as “the Coney Island of Connecticut.”

From the dawn of the Savin Rock House hotel in 1838, Savin Rock had long been a resort hub until it was formally incorporated as an amusement park by the Savin Rock Park Co. on Memorial Day 1925, when it opened to 300,000 visitors and 66,000 automobiles in one spectacular day.

For the next four decades, the famous seaside park captured the hearts and imaginations of “Rock rats” of all ages with its distinctive sights, sounds and smells. “The playground of New England” shuttered Sept. 21, 1966, to pave the way for the Savin Rock Urban Renewal Project.

The West Haven Junior Woman’s Club, which sponsors the annual baby contest, was another founding organization when the festival began in 1982.

Since then, the festival has attracted revelers young and old from across Connecticut. It is West Haven’s largest attraction, with the exception of the July 3 fireworks.

All Ages Adults & kids together Adults without kids